Home / Adjudication / Guides and Resources / Construction Contracts Amendment Act 2015 – what is changing and when?

CONSTRUCTION CONTRACTS AMENDMENT ACT 2015 – WHAT IS CHANGING AND WHEN?

Over five years after consultation began with the industry, and two years after the bill was first introduced to Parliament, the Construction Contracts Act 2015 (the Act) comes into force progressively from 1 December 2015. It will result  in significant change across the whole sector. Significantly, it will widen the scope of the Act, remove (largely) distinctions between residential and commercial construction contracts that unfairly disadvantaged a large sector of the industry, and introduce a new ‘deemed trust’ regime for retentions under commercial construction contracts aimed at providing payment security following the Mainzeal collapse in 2013 when retentions to the value of $18M were lost by subcontractors and suppliers.

However, the Act has been drafted such that the provisions relating to retentions will apply to all contracts from 31 March 2017 – this means contracts already on foot as at that date will be caught and all retentions in respect of those contracts will be subject to sections 18A-I in new subpart 2A of the Act.

The majority of the provisions came into force on 1 December 2015.

From 1 December 2015 most distinctions between residential and commercial construction contracts have been removed with the exception of charging orders and the new retentions regime. Residential contractors can now benefit fully from the Act’s default payment provisions and the right to suspend work for nonpayment or non-compliance with adjudicators’ determinations.

The most significant change from a contractors’ perspective is the requirement that all payment claims issued under those new, or renewed contracts, must now provide a written outline of the process for responding to the payment claim and an explanation of the consequences of not responding and not paying the claimed amount or the scheduled amount in full. The written outline and explanation must be in Form 1 as prescribed by the Construction Contracts Amendment Regulations 2015 – the form is different to the form in the old Regulations. If a claim for payment under those new, or renewed contracts is not accompanied by the new Form 1, it will not be a valid payment claim for the purposes of the Act.

Please see our template forms, which set out the relevant information now required under the Act.

A notice of adjudication must set out all the information in Form 2 of the CCA Regulations 2015. Once again, the text of the new Form 2 is different to the old form.

Please see our template notice of adjudication, which sets out the relevant information now required under the Act.

There is now a mandatory stand down period of one working day between the date of service of a notice of adjudication and the making of an application to the Building Disputes Tribunal by a claimant for the appointment of an adjudicator – this change was introduced to remedy a perceived risk of claimant ambush.

The application for appointment may be completed through our website on the second working day after the date upon which the notice of adjudication is served.

The ambit of disputes that may be referred to adjudication and remedies that may be sought has been helpfully clarified and expressly includes claims for breach of a term of the contract including a term implied into the contract under the Building Act. The upshot being that claims for damages are clearly recoverable and may be enforced in the District Court.

The adjudication process includes the right of the claimant to serve a reply to a response to an adjudication claim and the discretion on the part of the adjudicator to permit a rejoinder.

The enforcement of adjudication determinations has been extended and improved. All determinations, including determinations as to rights and obligations, may be enforced by court order, and the person against whom enforcement is sought has only five working days to oppose judgment. The Court has no overriding discretion to refuse to enter judgment and can only refuse to do so on very narrow grounds. These are:

Determinations about rights and obligations are binding and enforceable but, if subsequently overturned by a Court or arbitrator, the consequences may not readily be able to be remedied, ie a determination that allowed a contractor to terminate a contract.

From 1 September 2016, the definition of ‘construction work’ will include design, engineering and quantity surveying work in respect of new contracts entered into after this date and to pre-existing contracts which are renewed after this date.

Design, engineering and quantity surveying consultants will get the benefit of the payment protections under the Act, including the right to suspend work for non-payment. They will also be able to use the adjudication procedures under the Act to resolve payment disputes, but will also be subject to claims for breach of contract and breach of requirements of reasonable care and skill in relation to their work.

These changes will clearly have an impact on professional indemnity insurance policies and liability claim procedures, particularly in the context of the short timeframe for adjudication under the Act. Some significant work will be required to be done in the next nine months by insurers and brokers to ensure that their interests and requirements are observed and met, and that adjudication claims can be effectively dealt with and responded to under the Act.

From 31 March 2017, a party holding more than a de minimus amount of retentions under a commercial construction contract must hold those monies on trust, without charge. New regulations will likely be promulgated to prescribe a specific de minimus threshold above which the new trust requirements will apply, methods of accounting for retentions in addition to the requirements in the Act, and a default rate of interest for the late payment of retention money that will apply where a contract does not provide a rate.

The Ministry of Business, Innovation and Employment (MBIE) says all trustees must:

MBIE warns that breach of these obligations, which may implicate directors personally, will give rise to significant penalties, including potential criminal sanctions in serious cases including imprisonment for a term up to seven years under sections 220 and 229 of the Crimes Act 1961 for breach of trust and theft by a person with a special relationship.

Retention money can be held on trust in the form of cash or other ‘liquid assets’ that are readily converted into cash. It need not be held in a separate trust account and may be commingled with other money. However, the retention monies may not be used for anything other than remedying defects in performance. Retention money cannot be used for working capital and cannot be touched by creditors of the head contractor or principal.

The date for payment of the retention money to the payee cannot be later than the date on which the payee has fulfilled its obligations under contract. Where payment is late, default interest will apply.

Proper accounting records must be kept and made available for inspection.

The trust only ends when: 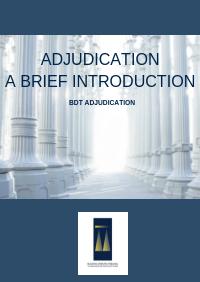 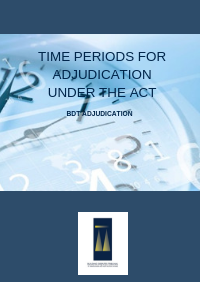 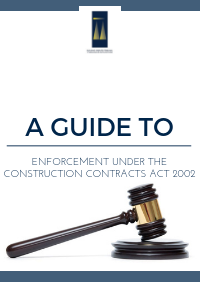