In line with Ministry of Health guidance, our staff are currently working remotely. They remain available to assist and it is business as usual. However, we ask that wherever possible you contact us online or by email (registrar@buildingdisputestribunal.co.nz).

When the Arbitration Act 1996 came into force on 1 July 1997 it fundamentally changed New Zealand’s existing legal framework for arbitrations which was then the outmoded Arbitration Act 1908 based on the English model. The main feature of the Arbitration Act 1996 was to incorporate the UNCITRAL Model Law into New Zealand Law which is founded upon the principles of party autonomy, reduced judicial involvement in the arbitral process, increased powers for the arbitral tribunal and consistency with laws in other jurisdictions. The principles that underpinned the Act were designed to ensure that the object of arbitration was met, namely to obtain the fair resolution of disputes by an impartial tribunal without unnecessary delay or expense and that parties should be free to agree how their disputes are resolved, subject only to such safeguards as are necessary in the public interest.

When the Arbitration Amendment Act 2007 came into force on 18 October 2007, New Zealand became the first country in the world to adopt the whole of the new United Nations Commission on International Trade Law (UNCITRAL) legislative provisions on interim measures and preliminary orders with only a few minor modifications. 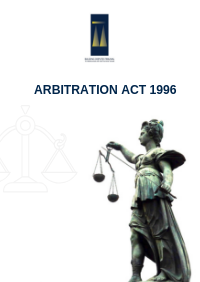