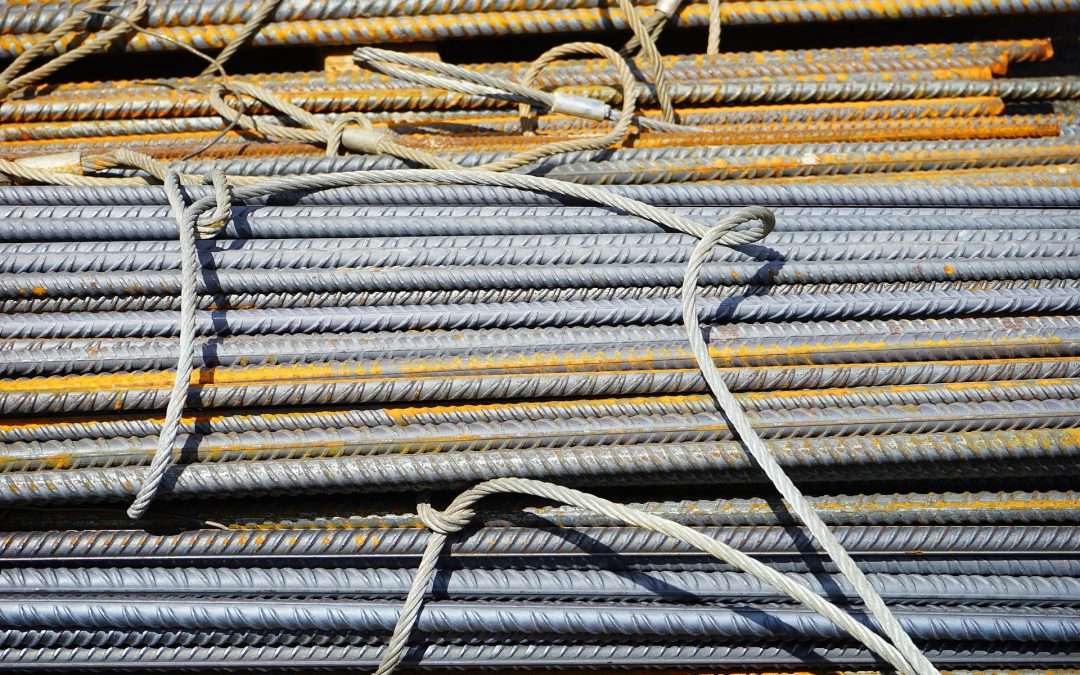 In a decision released on 6 May 2020, the High Court ordered The Fletcher Construction Company Limited to pay its subcontractor Electrix Limited about $7.5 million, plus GST and interest, in relation to its work at the Christchurch Justice Precinct.

The case is notable for its analysis of whether a contract was agreed between the parties, and its methodology for calculating the amount payable to Electrix in the absence of such a contract.

Fletcher Construction was formally appointed head contractor for the Justice Precinct project in August 2014.  Soon afterwards, Electrix tendered for the electrical subcontracting work.  In late October 2014, Fletcher Construction issued a letter of intent confirming Electrix as its preferred contractor.  It noted an expectation that the parties would go on to negotiate a full and formal contract, but advised that Electrix should accept the letter as authority to proceed with the engagement in the meantime.

However, rather than formally signing a contract, the parties’ relationship came to be regulated by further letters of intent issued by Fletcher Construction.  Under the authority of these letters, Electrix completed the work.  It submitted various payment claims as the project progressed.

By the time the Justice Precinct project was complete, more than two years late, Electrix had issued payment claims totalling just under $29 million.  Fletcher Construction had made payment to it of $21.6 million.

Electrix sued Fletcher Construction for the approximately $7 million it claimed was still owed.

The trial took place in the High Court last year over a period of four weeks.  Justice Palmer was required to determine two key issues.  First, whether there was a contract between the parties.  Second, in the absence of a contract, what (if any) additional sum Fletcher Construction should pay Electrix on a quantum meruit basis.

There are two key pre-requisites to establish formation of a contract.  First, there must be an intention by the parties to be immediately bound.  Second, there must be agreement between the parties, express or by implication, on either a) every term which is legally essential to the formation of such a contract, or b) every term which is regarded by the parties themselves as being essential to their particular contract.  Whether parties intend to enter into a contract, and whether they succeed in doing so, are questions to be determined objectively (it matters what the parties do and say, not what they think).

Fletcher Construction argued that there was a concluded contract.  It said that this was partly written and partly oral.  Amongst other things, it claimed that the contract incorporated Fletcher Construction’s standard terms and conditions, and said that Electrix had agreed to those terms during a meeting in April 2015.  It said that the contract included agreement that the amount payable to Electrix would be no more than $15 million.  It said that, at a minimum, the letters of intent provided a significant “base level” of agreement between the parties.

Electrix denied that any contract had been agreed.  It said the evidence established that neither party considered a formal contract to be in place at any stage, and that the focus of the April 2015 meeting had been on difficulties regarding the electrical work design, not an attempt to formalise terms.  It pointed out that the parties had tried unsuccessfully to negotiate a formal contract in early 2017, a clear sign that neither considered the 2015 discussions to have concluded matters.  It argued that the letters of intent were simply the means by which Fletcher Construction authorised Electrix to purchase the necessary materials.

The judge held that there was no contract.  As is standard, he analysed the issue by tracing through the history and asking himself, whether, at any point, the pre-requisites for a contract had been met.

The evidence of those who attended the April 2015 meeting indicated that neither party considered that the discussion there had bound them to any particular terms.  Even had the parties intended to be bound at that point, it remained unclear what they would have been bound to.  The price was not agreed, the terms and conditions of the contract were uncertain, and the specification of the scope of works remained “cursory at best”.

Nor did the judge consider that the letters of intent showed a contract had been agreed.  While they did indicate the general parameters of certain expectations, they did not evidence an intention to be immediately bound.  Rather, they confirmed that the parties were working with the intent that a contract would be concluded at some point.  Importantly, the letters did not constitute agreement on a price, which Electrix regarded as an essential term of any contract.

Even without a contract, a party is entitled to payment of a reasonable sum where they perform work at the request of another, and the work is performed in the expectation of being paid. The law calls this entitlement to a reasonable sum a “quantum meruit” payment: literally, the amount earned.

Having concluded that there was no contract, it was necessary for the judge to determine the amount payable to Electrix by Fletcher Construction for the work it had undertaken.

There was no doubt that Electrix was entitled to claim payment on a quantum meruit basis.  Fletcher Construction had requested that Electrix provide the services it did, accepted those services once provided, and knew that Electrix expected to be reimbursed for that work.

The key issue was therefore the appropriate means of assessing the amount Fletcher Construction was liable to pay.

In the course of a thorough analysis of the authorities and academic commentary, Justice Palmer made the following points:

The judge also observed that, in the absence of a concluded contract or agreement on the price of services, it was difficult to place any weight on what was said between the parties on budgets, expectations, or while in negotiation.  Both parties accepted that the costs reasonably incurred had significantly exceeded their original predictions.

The judge held that none of the various representations cited by Fletcher Construction could amount to actionable misrepresentations under the Fair Trading Act or otherwise.  The amount Electrix had included in its October 2014 bid was expressly open for a very limited time, and had not resulted in a contract.  Nor could subsequent statements made by Electrix personnel regarding the project’s budget be actionable misrepresentations.  They were simply statements of intent or expectation about the future, or statements of opinion.  Nor did the judge consider that Fletcher Construction had established how any of the representations had caused it loss, or what loss they had caused.  The counterclaims were dismissed.

Fletcher Construction was ordered to pay Electrix just under $7.5 million, plus GST and interest.  Orders as to costs are to follow.

The conclusion on quantum was reached largely on the basis of the expert valuation evidence, with the judge placing the greatest reliance on one of the experts called by Electrix.

Letters of intent are familiar to those in the construction industry.  They are a common solution when the desire to get on with the works trumps the need to formalise the dry legal contractual position.  They are usually provided in the hope and expectation, as here, that a formal contract will soon follow.  But, as it was once put by an English High Court judge:[1]

… once they have been sent, and the contractor has started work pursuant to that letter of intent, all those involved, including the professional team, can easily take their eye off the ball and forget about the importance of ensuring that the full contract documents are signed as quickly as possible.  Everybody is then so busy dealing with the day-to-day problems being thrown up by the commencement of the works themselves that the task of signing off an often complicated set of contract documents is relegated to an item of secondary importance.  Then, very often, something goes wrong on site and, in the absence of a full contract to regulate the parties’ rights and obligations in such circumstances, the result is confusion and acrimony.

This case is no exception.  The judgment does, however, provide some clarity on how that confusion and acrimony is to be resolved when it comes to assessing the sum to which the contractor is due.  The cost to the service provider is the starting point.  It is therefore very much in the interests of the purchaser of those services to ensure that the full, formal contract is in place before the works are started.

More about the authors: 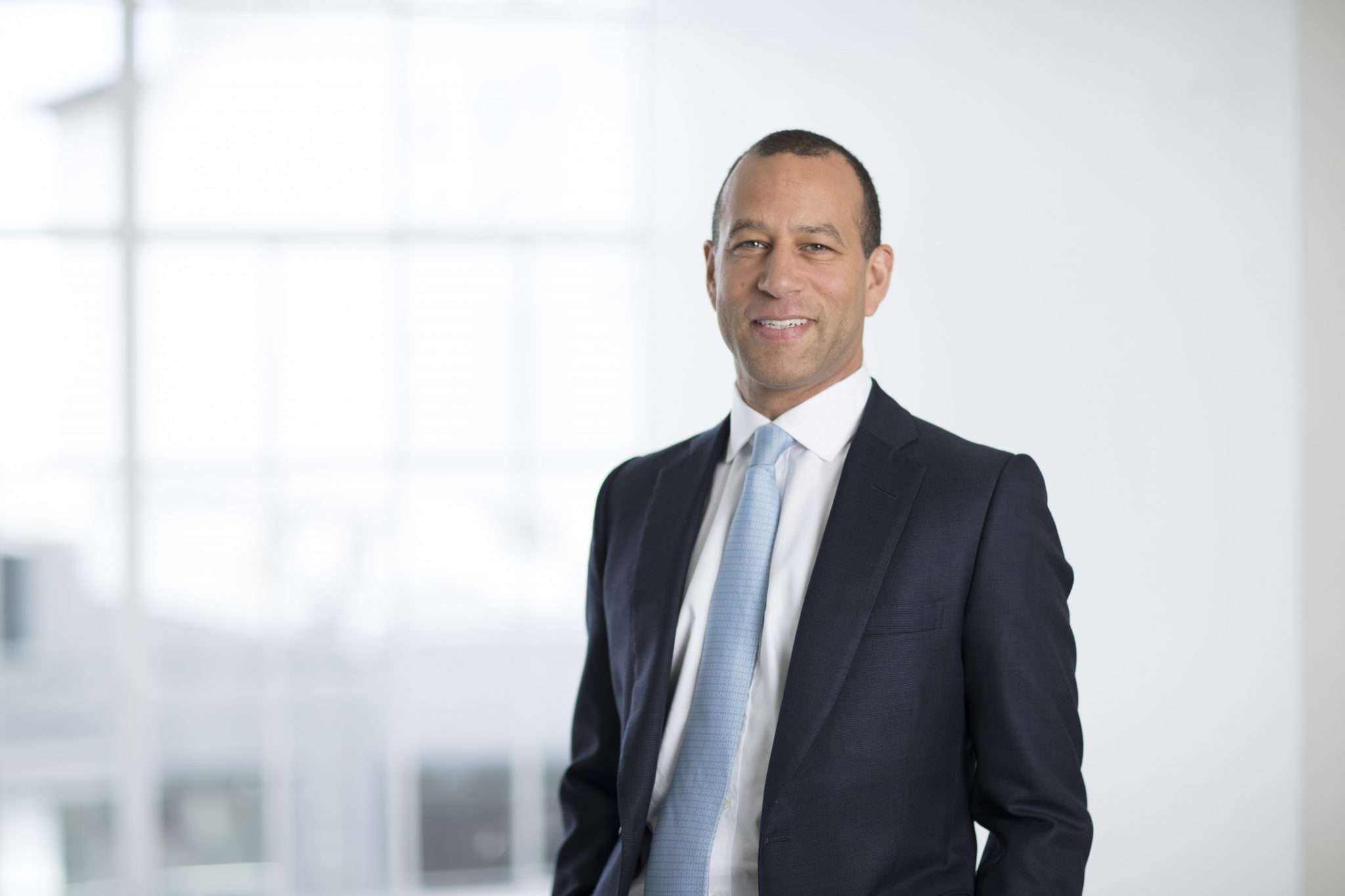 Michael Taylor practices in commercial litigation with a particular focus on construction, infrastructure and information technology law. He practiced at the London Commercial Bar for 15 years before joining Russell McVeagh. He ranked as Leading Junior Counsel in The Legal 500 UK and Chambers & Partners UK, and now represents principals, contractors and professionals on major construction and project disputes. Michael is a committee member for the Society of Construction Law. 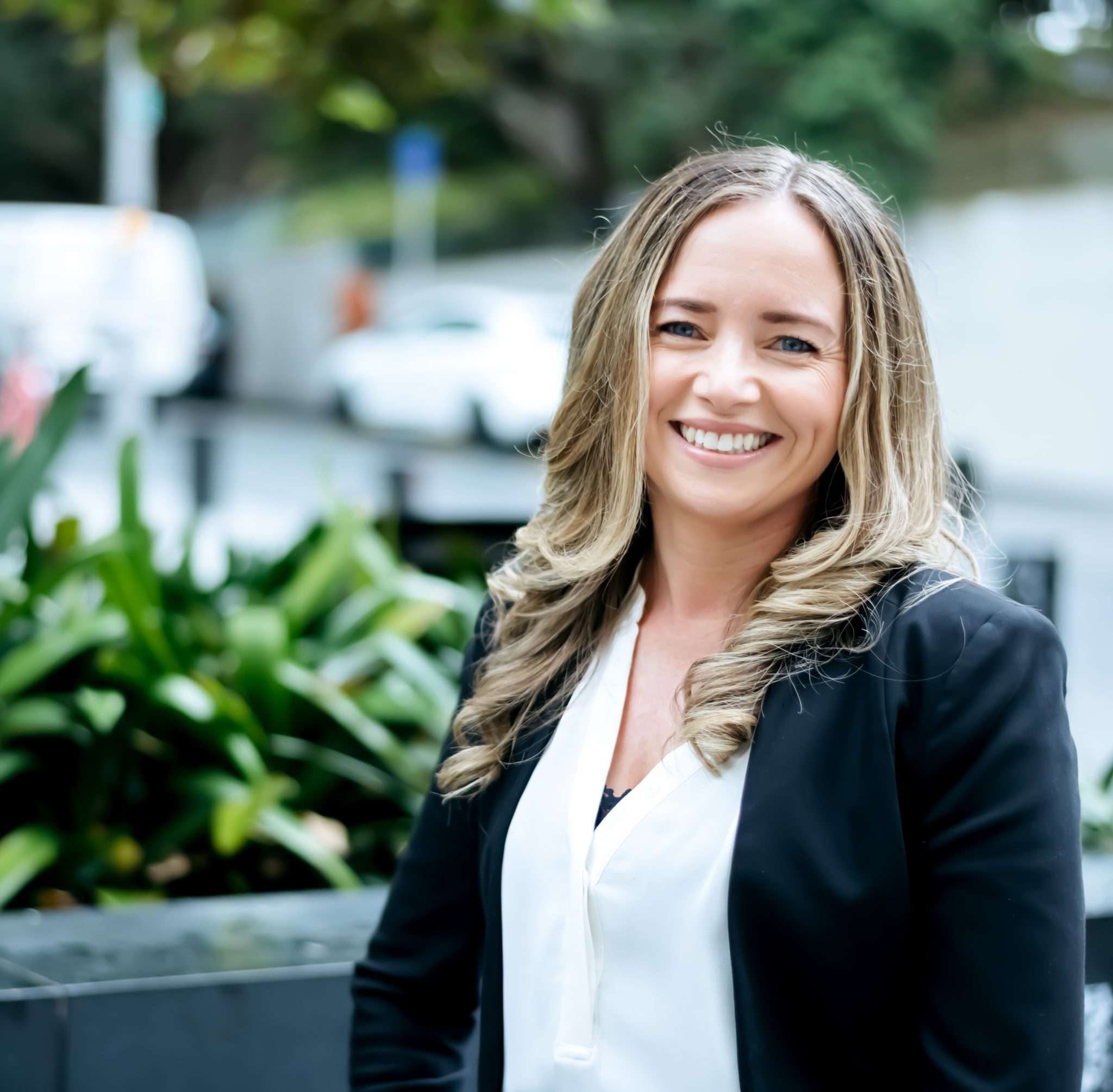 Joanna Trezise practices in commercial litigation.  Her areas of interest include construction and property disputes, contractual and company law disputes, and competition and regulatory law.  Prior to joining Russell McVeagh she worked in the litigation department of another top commercial law firm, and as a regulatory litigator and prosecutor. 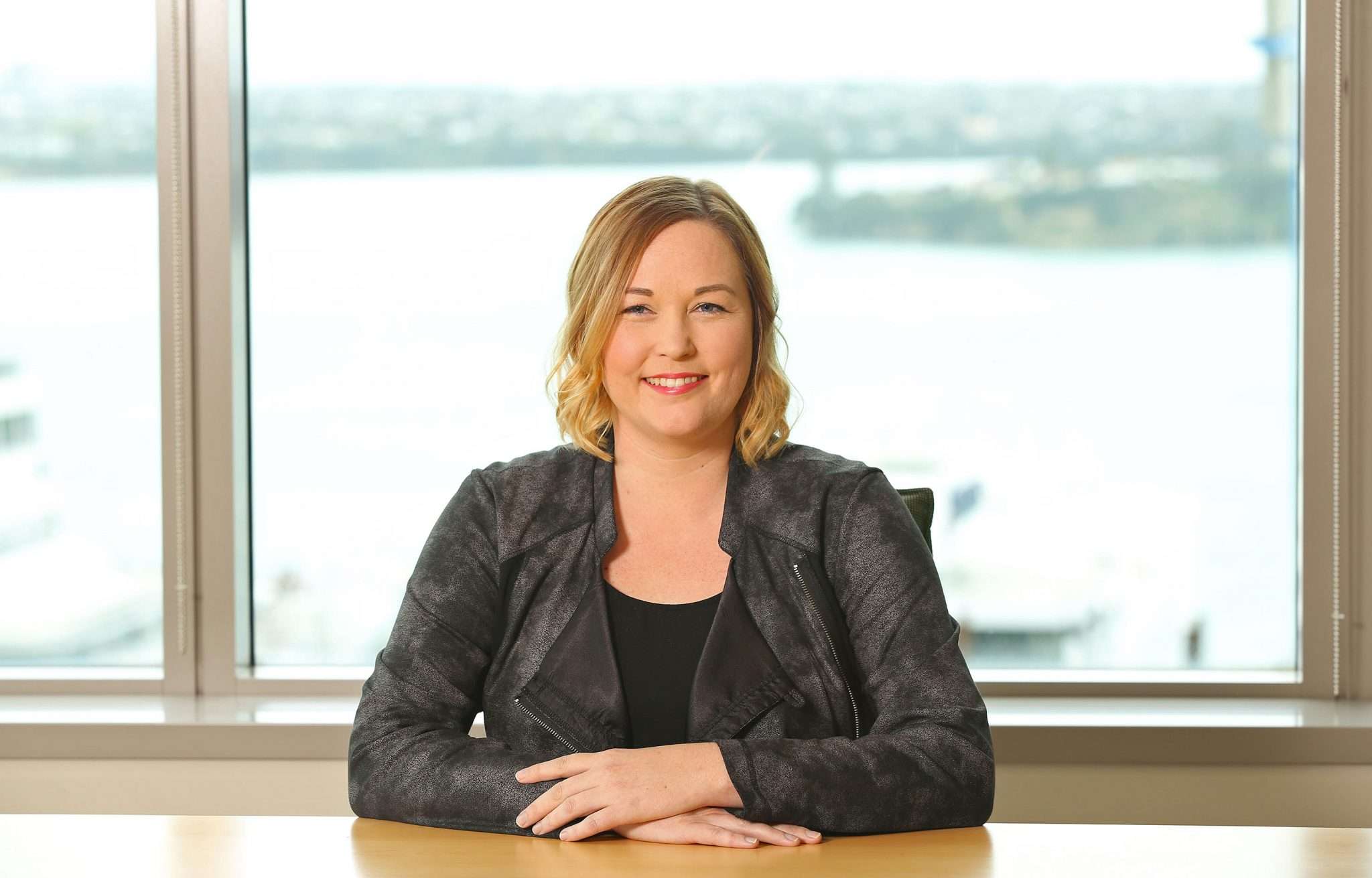 Belinda Green is a manager in NZDRC’s KnowHow Team, working across NZDRC’s registry services, including with Building Disputes Tribunal. She has over 16 years’ experience, working in both private and government sectors.  Belinda has recently joined us from the Parliamentary Counsel Office where she drafted commercial legislation, and prior to that she practised as a commercial property lawyer.